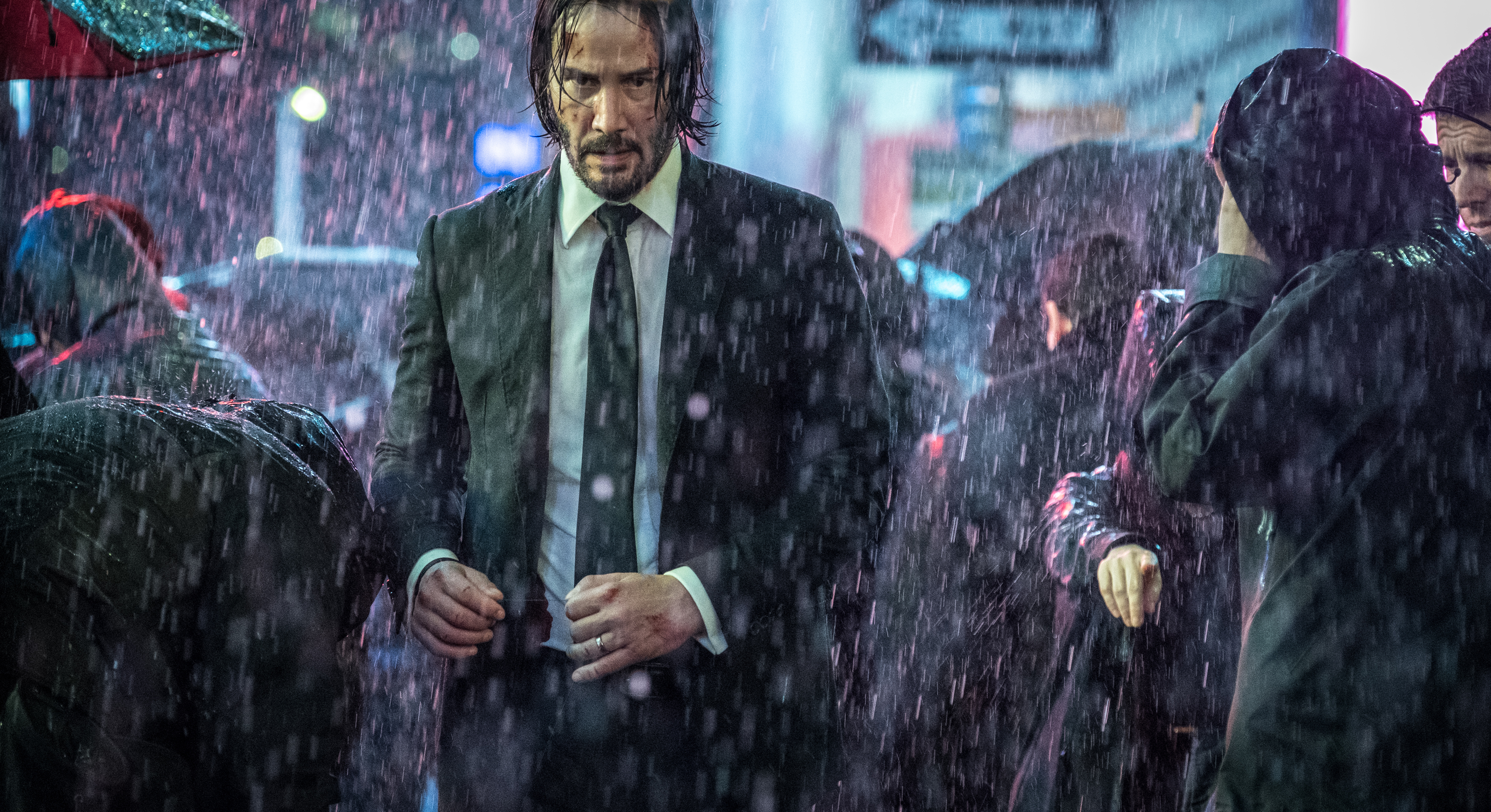 Called an “instant action classic” by Entertainment Weekly, John Wick: Chapter 3 – Parabellum, the number one box office draw this weekend, pushes the limits of the already wildly kinetic world of former assassin John Wick (Keanu Reeves) even further than the first two installments of the series. Halle Berry and Anjelica Huston round out the powerful cast which includes familiar characters played by Ian McShane and Laurence Fishburne.

“This is a great series to work on,” says Company 3 Senior Colorist Jill Bogdanowicz, who collaborated with Director Chad Stahelski and cinematographer Dan Lausten on both the second and this current John Wick. “They create a surreal, beautiful and crazy world. It’s fun and incredibly rewarding for me to be able to work on these movies.”

The rich, powerful colors and the unforgettable production design — from the lush beauty of the Continental Hotel to the darkly evocative back alleys to the far-flung exotic locations – are as intrinsic to the world of the series as the title character’s fighting technique. “There are so many beautiful and memorable scenes,” Bogdanowicz enthuses. “It has wonderful scenes of ballet dancers in this stately theater. There are portions in the Moroccan desert with incredibly blue skies and rich red sand. There are so many stand-out images.”

As with the previous film, Bogdanowicz, who works in Blackmagic Design DaVinci Resolve, started out doing a first pass of the color on her own. “Dan’s photography and lighting is wonderful,” she notes, and he and Stahelski’s primary direction to her was simply: “Make it as beautiful as you can.”

“They don’t ever want anything looking boring or just normal and straightforward,” she explains. “Everything should be slightly heightened with strong color separations — not so much that it takes you out of the story but enough that everything has that look people associate with John Wick.”

After she’s had some initial time building LUTs and making use of Resolve’s curves to help bring the color into place overall, she’s joined by the DP, and subsequently the director too and she works with them getting the final version perfect.

Bogdanowicz also made use of Boris FX Sapphire plug-ins for Resolve to finetune some composites. In one case, she combined the Sapphire plug-in with Resolve’s color controls to refine the glint of light on a plate of CGI rain that shows up in the first scene. “The visual effects team did an amazing job,” she notes, “but it’s incredibly helpful when you can do some last-minute adjustments to an effect like that while you’re sitting with the filmmakers and watching the film projected, with the color applied, and in context. Sometimes a little adjustment to a composite makes everything fall into place.”